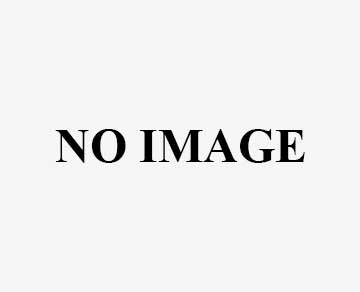 Phishing – fraudulent activities designed to steal personal and / or other confidential information (e.g. identity data, passwords, payment card details, etc.). Usually, the main goal of phishing is to get personal data and login credentials for online banking. User IDs, passwords and other credentials enable fraudsters to access individuals’ bank accounts and dispose of […]

Cyberbullying can be defined as an aggressive, intentional and repeated act carried out by a group or individually, performed via electronic means such as mobile phones or the internet, against a victim who cannot easily defend himself or herself (Slonje, Smith and Frisén, 2013).  Bullying, in general, is separated from other aggressive behaviors based on two […]

Identity theft is the crime of obtaining the personal or financial information of another person to use their identity to commit fraud, such as making unauthorized transactions or purchases. Identity theft is committed in many different ways and its victims are typically left with damage to their credit, finances, and reputation. Identity theft occurs when […]

Hacking is an attempt to exploit a computer system or a private network inside a computer. Simply put, it is the unauthorized access to or control over computer network security systems for some illicit purpose. Cyber extortion is an internet crime in which someone holds electronic files or your business data hostage until you pay […]

What is data privacy breach? A data breach is an incident where information is stolen or taken from a system without the knowledge or authorization of the system’s owner. A small company or large organization may suffer a data breach. A privacy breach occurs when someone accesses information without permission. It starts with a security […]

The Internet of Things (IoT) is a system of interrelated computing devices, mechanical and digital machines, objects, animals or people that are provided with unique identifiers and the ability to transfer data over a network without requiring human-to-human or human-to-computer interaction. This new wave of connectivity is going beyond laptops and smartphones, it’s going towards connected cars, […]

We all know how annoying it is to lose a phone, get it stolen or simply drop it on the ground and get its screen broken to a level the device becomes unusable. The issue is usually not considered as important until it happens. In order to avoid all sorts of damage to a device […]

Any connected device may be a gateway for a security threat. The best way to secure a device, especially one connected to the internet, is to use proper and up to date security software, usually known as antivirus.  Extra layer of personal data security and both to the information transferred over the internet or the […]

Storytelling is the ability to captivate someone or a group of people with an engaging narrative that influences them and makes them feel like they were a part of the story. People remember stories much better than facts and figures. It is one of the most important skills you can learn to master. Key points: Storytelling influences […]

Websites are without doubt the most important element of the internet, enabling content such as texts, images, and videos to be displayed on the internet. The central page of a website is called home page, or start page/index page. The user then delves into the site’s subpages. Depending on the size of the website, site visitors […]